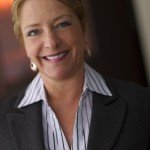 As Weber Shandwick rounds out their executive team here in Canada they announced today the appointment of Margot White as Vice President, Canada and Office Leader, Vancouver. She will be based in the agency’s Vancouver office, reporting to Canadian President & General Manager, Greg Power.

Margot brings over 25 years experience as a leader in public relations with the last 20 years based in Vancouver. White was part of the leadership team that built Optimum PR from a start-up into a market leader from 1996-2000 resulting in an office of 20 plus consultants with national assignments for Alcan, Fasken Martineau, Bell Canada, Bombardier and Tourism British Columbia. Most recently she has been Director of Policy Development and Communications for the College of Dental Surgeons of BC (2004-2010) and principal of Margot White Communications (2000-2004). White previously worked in the U.S., Calgary and Toronto before moving to B.C. in 1990.