PR in Canada contributor Kiel Hume is a PR professional based in Toronto.  You can connect with Kiel on Twitter at @kielculture. 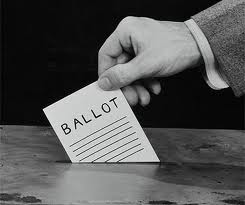 In recent years, social media ushered in a new era for media and communicators. Suddenly, online groups and individuals had the power to speak to corporations like never before. News, opinions and debates that were previously confined to the media sphere, were now happening online and spreading beyond the control of public relations workers and at a speed that journalists could barely keep up with. With this shift, two-way symmetrical communication became the only option: social media conversations quickly became very public and companies could either enter the conversation, by listening and engaging, or be left out completely.

With this new information landscape came a new kind of communicator: the social media “expert.” Companies started hiring interns or consultants to engage online audiences, even though social media communications was primarily being practiced as a tactical affair; strategic planning was often left out because nobody wanted to miss the new opportunities social media was creating for public relations and marketing. Social media also happened to evolve faster than anyone imagined, so just keeping up with the newest platforms and technologies seemed like a job in itself.

Today, managers have started to take notice that social media needs to be part of a larger, integrated strategic plan. Measurement, always a tricky subject with new media technologies, has now improved in a big way, as a variety of free and paid metrics services have become available.

Despite how far social media has come, there still seems to be something missing. Many communicators continue to treat social media as a single thing—one vast entity—when in reality, it is a network of different groups and communities communicating on a variety of different platforms. To solve this misconception, social media communicators need to start thinking like pollsters and political campaign managers.

The world of political communications is a world of data from day one. After pinpointing a campaign’s strategic direction, pollsters and campaign managers begin segmenting audiences according to region, demographics and the best mediums to reach them. Along the campaign trail candidates are constantly encountering new situations and audiences, and political communicators are tasked with ensuring the message is always appropriate. It goes without saying that any candidate speaking to audiences in Quebec and Alberta the same way wouldn’t last long. Political communications involves constantly analyzing which groups present opportunities and which groups represent threats, so speaking to these groups on their own terms is important throughout a campaign.

As in political communications, social media strategists need to start breaking down the data of who is speaking, where they are and whether or not they can be swayed to the organization’s point of view. Finding new and innovative ways to speak directly to target groups, defined by geography and demographic characteristics, needs to be an ongoing priority when working in social media.

In social media communications there is usually either not enough thought or not enough time given to targeting individual groups and audiences. Social media exists precisely because individuals form connections online that make up larger groups; by not paying attention to these different communities, social media communicators are missing important opportunities to engage with groups on their own terms. Ideally, corporations on social media can add value to their target audiences and communities, but this can only be done by defining strategic target audiences early in the communications planning process.

In the past few years, major corporations have experienced serious social media gaffs precisely because they’ve treated social media as a single group. Rather than reaching out to strategic audiences, companies have mistakenly assumed that just being on Facebook or Twitter was enough. Just like working with different community and public interest groups during a political campaign, corporations need to create a social media map of all relevant stakeholder groups and ensure they’re reaching out to each one.

Denise Brunsdon, director of social media at GCI Group, points out that: “People need to realize that social media is still about interacting with humans, real people from diverse communities. Breaking down the monolith of consumers or voters into geographic groups and background demographics, communities with shared or different values or interests, well that’s going to build the realest interaction. In short, we need to think about the data behind social media. Who is speaking online, where are they, what are their characteristics and who are they influencing or who is influencing them? It can’t be about reaching everyone, so reach out to the right people in meaningful ways when creating a social media strategy.”

Instead of focusing on simply growing Twitter followers or Facebook likes, social media communicators need to spend more time finding out where the influencers are for their strategic interests and reaching out to those wider communities. Once a reliable social media analytics system is in place for things like number of conversations, overall sentiment and share of voice, figuring out how you’re going to engage your target audiences online should be the logical next step.

In a social media landscape where clicking a Like or Follow button is increasingly meaningless, entering real conversations and listening to real communities can prove to be a novel engagement strategy with important results.

Which Canadian Agencies Grew The Most During 2021?