Jacquelyn Cyr, CEO of Toronto-based Espresso has been named one of 2010 Canada’s Most Powerful Women: Top 100 Awards. 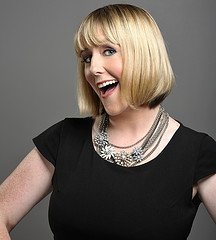 “It’s an honour and a thrill to be included among such a distinguished and inspiring group of Canadians,” said Cyr. “2010 has really been an amazing year for me personally and professionally — and with Espresso’s continuing growth, I’m eager to see what the future has in store.”

Jacquelyn is a graduate of the Rotman School of Management MBA program, joined Espresso (then called Retail Communications Group) in 2004. In 2008, Cyr was appointed to the role of Chief Operating Officer, initiating and executing the agency’s relaunch. This endeavour included rebranding the company as Espresso, developing an internal philosophy of brand infiltrationTM, expanding client services to include stronger consultative strategy, event marketing and social media tactics, and opening a second office in Boston. Her efforts paid off and in January 2009, Espresso’s board named her CEO. Later that year, Cyr became a partner and co-owner of the agency. Cyr was also recently named among Canada’s top female entrepreneurs by PROFIT Magazine and writes a biweekly business column for the Financial Post.