The CORE Gets ‘Real’ With Launch Of New Marketing Campaign, Shop Till You Drop Calgary 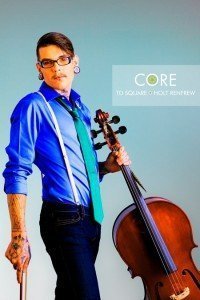 The CORE (TD Square, Holt Renfrew), Calgary’s only downtown shopping centre, has launched an a new marketing campaign that is using ‘real’ Calgarians as spokesmodels.  The new campaign is called “Wanna.BE” and will showcase a mix of Calgarians made up of dancers, musicians, writers, designers and entrepreneurs, all dressed in their own unique blend of CORE fashions. The models are being featured on a series of television, outdoor and point-of-sale advertisements. Using its new website (coreshopping.ca) and social media channels, the CORE will also profile one model a month through a series of question and answer sessions. Each model will have an opportunity to share their story as well as their ideas on fashion and living the downtown lifestyle.

“What we are trying to say with this campaign is that we sell more than just fashion – we sell an attitude and an experience that you can’t get at any other shopping centre in Calgary,” says Cindy Turnquist, Marketing Director for the CORE. “We didn’t want to use models whose only connection to the CORE would be the clothes they are wearing. We wanted real people whose personalities and individual styles capture what it is to be part of the CORE experience.”

The campaign is being unveiled over the next few weeks, the first model to be featured is Aaron, or “Distance” as he is known by friends and fans (photo on the right). Distance is a self taught musician, singer and songwriter who also works at a tattoo shop to help support his independent musical lifestyle. He began playing music in junior high school, performing with orchestras and big bands, and later began writing his own music, taking inspiration from other artists and experimenting with a wide variety of instruments. The Q&A with Distance will be featured on the CORE’s website in early November and his Wanna.BE ad has already started airing, see video below.

“Each of the models we have chosen emulate the kind of creativity, ambition and style that we want to inspire in our customers,” says Turnquist. “Someone like Distance really captures the essence of what downtown Calgary is all about because he lives that lifestyle every day.”

The campaign has launched just as the CORE is wrapping up construction on its multi-million dollar redevelopment project.