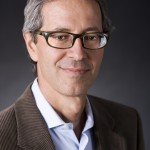 Weber Shandwick Canada has appointed François Taschereauhas as the public relation agency’s Executive Vice President and General Manager of their new Montréal office.  As part of his role he will oversee operations in Montreal as well contribute to the development and expansion of Weber Shandwick across Canada and report to Canadian President Greg Power.

Over his career thus far François has worked for several  leading public relations agencies in Canada, directed corporate communications for some of the Canada’s most respected companies and worked internationally as an officer in Canada’s foreign service where he served in Ottawa, Bogota, Madrid and New York from 1982-1995. Since 1996, Taschereau has been a respected leader in Montreal’s communications industry as a PR consultant (National, Optimum and Edelman) and a corporate executive (Bell Canada, CAE and Hydro-Québec). Involved socially, he volunteers on the boards of the Raoul-Dandurand Chair in Strategic and Diplomatic Studies, the Canadian Journalism Foundation, the Marie Chouinard dance company and the Festival TransAmériques.