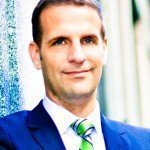 The partners of MT&L Public Relations Ltd. have announced that Kevin McCann has joined the firm as Vice President of the Halifax-based public relations agency. In the role, Kevin will be tasked to help MT&L in their key areas such as stakeholder and community engagement, online and marketing communications, and digital and social media, as well of the agency’s overall general counsel.

Kevin makes his return to Atlantic Canada after 10 years in Washington, D.C., where he served as Head of Client Services with Grassroots Enterprise, a firm focused on online advocacy and movement-building, and later with Edelman Public Relations as Senior Vice President of the Grassroots and Digital Public Affairs Group. Over the course of his career, he has led award winning communications efforts for clients including Fortune 100 companies, non-profits, and governments in the U.S. and Canada, including the Canadian Embassy.