We are over a week into the annual Toronto International Film Festival (TIFF) and the streets of Toronto have been buzzing non-stop – literally as millions take part in the world’s second largest film festival. A number of directors, writers, producers and actors stayed cool and refreshed at The Variety Studio @ Holt Renfrew, where Tetra Pak had fresh spring water on hand packaged in their iconic aseptic cartons. 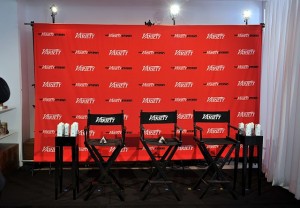 An exclusive interview space was set up onsite at Holt Renfrew where Variety editors met with celebrities for one on one interviews. As part of their commitment to the environment, the Variety Studio provided guests with Tetra Pak. The Tetra Pak cartons do more than protect taste and nutritional content. Made mainly from paper, a renewable resource that is responsibly replenished, they help preserve Earth’s resources for future generations. Tetra Pak cartons are also recyclable and provide exceptional branding opportunities for beverage and food companies to create iconic packaging statements for their products.

“As a long supporter of TIFF, we are proud Tetra Pak has joined us as a sponsor at the Variety Studio,” said Brian Gott, Publisher, Variety. “As a sustainable water alternative, Tetra Pak has made a splash with the TIFF talent keeping them hydrated on the busiest festival days.” 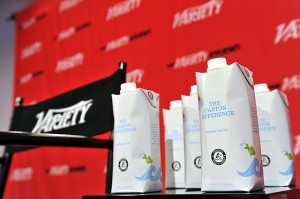 “This is a great opportunity for Tetra Pak to showcase our carton packages. In line with our influencer outreach approach to educate consumers, the film industry is creative and known to set trends.” said Carla Fantoni, Vice President of Communications, Tetra Pak US & Canada.

no images were found