With a new office move out of the way, Edelman has announced a few new additions to their Digital team in Toronto.

Dave Fleet makes the move over to Edelman as Vice President, Digital, Toronto. Most recently, Dave was Vice President of the Digital Communications Practice at Thornley Fallis Communications. He has also worked in marketing and communications for major corporations and public sector organizations including Hitachi Europe, Lloyds TSB and the Ontario government. Dave takes over for Salima Valji, who left Edelman earlier in 2010.

Rob Clark joins the Digital team as Director of Insights and Measurement. Previously, he worked as Senior Analyst – Measurement and Monitoring at Social Media Group, where he most recently invented a patent-pending process (‘The Conversation Index’) for identifying influential bloggers in a vertical and measuring sentiment and prevailing opinions towards a given set of brands, products or issues. Rob has provided reporting, analysis and strategic insights on social media efforts for clients such as Ford Motor Company, ING Direct, Canadian Tire and the Government of Canada.
The last addition is Dan Buganto as an Account Director. Dan was most recently at Publicis where he focused on digital initiatives and project management for clients such as Rogers and Labatt. He has more than 10 years of experience and has a strong background in mobile marketing. At Edelman, he will be working on B2B social media programs.

The digital team for Edelman in Canada reports to Sylvain Perron. 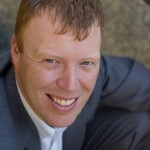 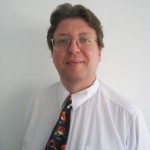 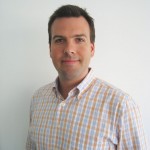 Not sure how certain people get to the VP role but Fleet? Seriously?

I have only met Dave Fleet a couple of times and unless something has changed other than his appointment at Edelman I can confirm that he is not ‘dead’, as per your news item above and his former role as “DEAD of the Digital Communications” at TF.

Thanks for the catch Boyd. Multi-tasking can be good, but sometimes you have to look back and got "what the hell did I just type."