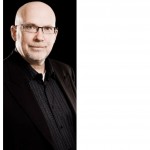 Weber Shandwick has announced that Greg Power will join the firm on July 20 as President and General Manager for Canada. He will oversee Weber Shandwick offices across Canada and will report to North American President Cathy Calhoun.   Greg takes over for Kerry Harris who has moved to CrossCap as their Chief Marketing Officer (CMO).

Before joining Weber, Powers was Senior Vice President and General Manager of Optimum PR at Cossette. Prior to Optimum, Power was Deputy General Manager at Edelman Canada where he also led the consumer, technology and interactive practices over a six-year period. He has also held senior positions at Hill & Knowlton and Rapp Collins Worldwide and worked in corporate communications for Avon Canada. Power started his career as a journalist developing radio documentaries for CBC Radio and Radio Canada International.