Who Owns Your Brand? How NBA Sensation LeBron James Is Building A Media Empire 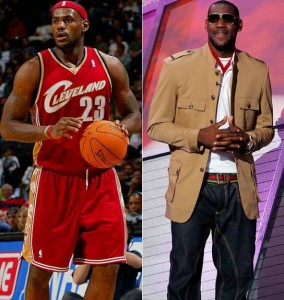 You may not be a fan of basketball but it has been pretty hard to miss the countless headlines for the few weeks of the news that a number of National Basketball Association (NBA) start were becoming free agents as of July 1, 2010. Being a free agent can be a great opportunity for NBA stars such as Toronto’s Chris Bosh (who as of yesterday signed with Miami), Dwyane Wade (who stayed with his current team Miami) and Lebron James (currently with the Cleveland Cavaliers)

Since his entry into the NBA, LeBron has been compared to all the greatest, past, present and future – yes he’s that damn good. Off the court he is a very saavy business person and his moves over the last week have certainly highlight his ability to understand not only the value of his brand but how to create demand for his brand. Here are a few of the things I’ve noticed from the sidelines over the last week…

What’s being done here between ESPN and LeBron James is going to change the game of personal brand for every! Can you imagine all the starts and wanna-be celebrities that will try to strong media in the future.